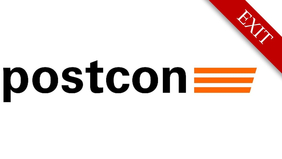 Munich, 5 July 2021 – Quantum Capital Partners (QCP) today announced that one of its investment funds completed the divesture of Postcon NRW GmbH to Frankfurt-based private equity investor Tempus Capital. The business operations of Postcon NRW were acquired in October 2019 as part of PostNL’s Germany operations. After the acquisition of Postcon National (today DVS) in 2020, Tempus Capital has now taken over the second holding from the Postcon Group. After the divesture of Postcon NRW, only one entity of the former Postcon Group – Postcon Konsolidierungs GmbH – remains within the Quantum Group and will be further developed as independent business.

About Tempus Capital: Tempus Capital is an owner-managed private equity firm based in Frankfurt. Tempus Capital focuses exclusively on investments in medium-sized companies in special situations in German-speaking countries, such as strategic or operational realignment, turnaround, restructuring, carve-outs and corporate succession. The investment approach is cross-sectoral.