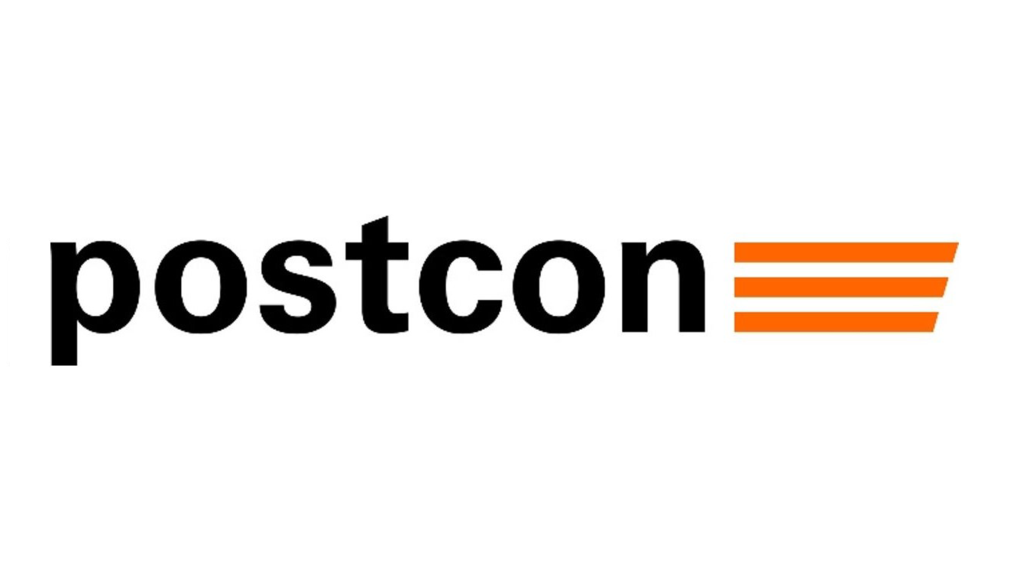 In 2019, the publicly listed Dutch postal service provider PostNL divested its entire German operations and sold, as part of a corporate carve-out, 100% of its shares in Postcon Group to Quantum Group. Active in mail collection, sorting, logistics and delivery, the Postcon Group, headquartered in Ratingen, was Germany's second-largest mail service provider after Deutsche Post at that time.

During the more than 15-year long involvement of PostNL in the German mail market, the Dutch group had not succeeded in making the German business operations sustainably profitable. This circumstance, together with the decision to focus on the BeNeLux countries in the future, ultimately led to the company's withdrawal from the German market and thus to the sale of the Postcon Group.

Quantum identified growth and value enhancement potential for the group, which at the time of acquisition consisted of eight operating companies and employed around 3,500 people at 18 main sites and more than 100 mail depots across Germany. As part of a restructuring process supported by Quantum, the corporate structure of the Postcon Group was entirely disentangled and reorganized. After identifying four core business areas, these were transferred to independent, medium-sized stand-alone companies. Through this procedure, all inefficient group processes were eliminated and the previously overly complex group structures were significantly simplified.

Subsequent to the restructuring and establishment of the four stand-alone companies, the Postcon Group could, on the one hand, be managed much more dynamically and efficiently and, on the other hand, realize considerable cost reduction potential.

Situation before the acquisition

The Postcon Group was suffering from the inflexible corporate structure that had developed during the years under PostNL. A large administrative body at the group headquarters in Ratingen and complicated corporate structures with various in-house service companies led to inefficiencies and high costs at all levels. Both revenue and profitability had decreased continuously over the past few years.

In the course of the transaction ("asset deal"), the existing group structure was disentangled and four new companies were established for the respective core business areas: 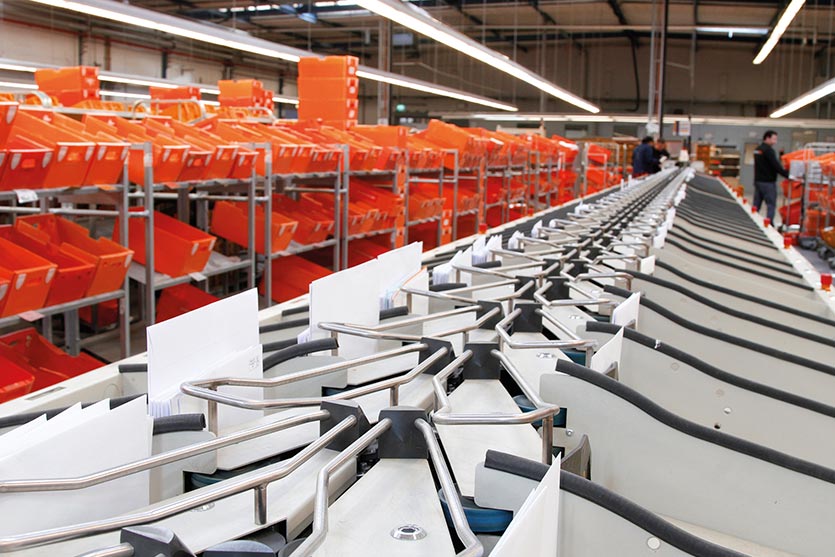 Reorganization of the group into a small number of independent companies

Immediately after the acquisition, Quantum found – in a consortium led by Dieter von Holtzbrinck Vermögensbeteiligung – a suitable strategic buyer for PIN Mail AG, the profitable last mile business in Berlin that had been well-established for many years. Subsequently, the main focus was on the realignment and further development of the three remaining Postcon core companies. In order to successfully transform the companies and position them sustainably in the market, following measures were taken:

Completion of realignment within the envisaged timeframe

Of the 19 sub-projects that were launched as part of the restructuring at the beginning of 2020 and controlled under professional project and program management, 18 sub-projects for the realignment of the Postcon Group were successfully completed in June 2020 – eight months after the takeover by Quantum. Target structures of the three independent Postcon companies were finalized and processes such as sales management, accounting, controlling, HR, customer and quality management were established independently and on a solid foundation in the respective companies.

As specialists for business mail, the companies of Germany's second-largest mail service provider reliably ensured the cost-effective delivery of over one billion mail items per year – from business letters, catalogs and mailings to mailbox-ready merchandise shipments. Business customers, print service providers and the public sector benefited from a high level of expertise, end-to-end solutions and tailor-made, attractively priced products. 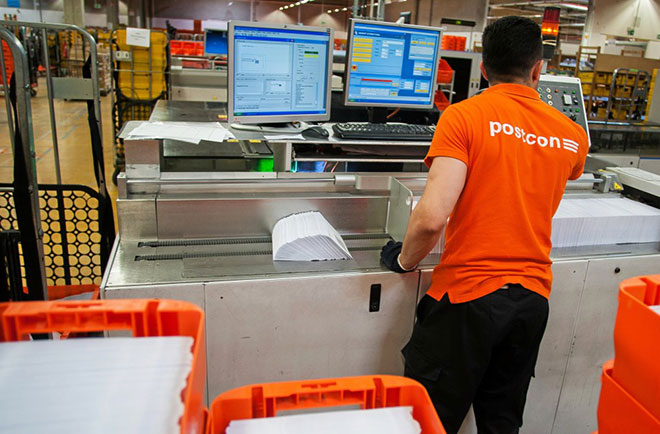 All three companies of the Postcon Group significantly improved their competitiveness within the first year after acquisition as a result of the above-mentioned measures:

After approximately two years, following successful and sustainable restructuring combined with the elimination of complex group structures and repositioning in independent core business areas, the takeover by Quantum resulted in four exits, each one to the benefit of all stakeholders. 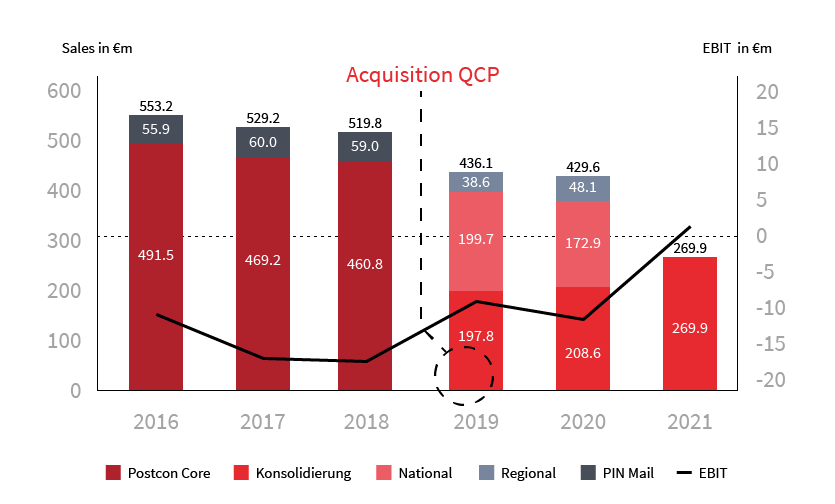 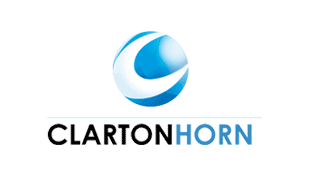 Sustainable turnaround within the first year of investment by increasing productivity, focusing on product innovations and developing Europe-wide sales and administration structures. 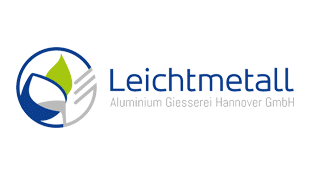 Successful transformation into an independent business by doubling capacity, diversifying the customer portfolio and developing sales and marketing.